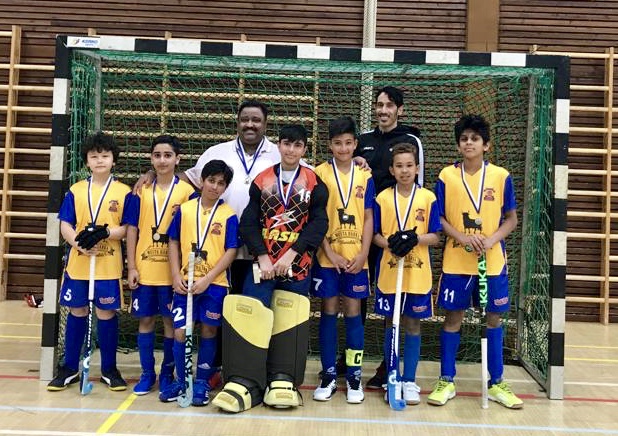 Helsinki Warriors Juniors had a phenomenal season filled with a few up and downs. The under-13 team played consistent hockey during the course of the season but had some issues with committing to matches due to travel and circumstances beyond player control. Despite this they fought hard for the entire season, yielding numerous positive results. The team consists of several under-11 players who will be filling the ranks as the team progresses.

Today marked the final tournament against an inspired and prepared Vantaa Hockey Club. As a club we congratulate the Vantaa juniors on their deserved win. The better team prevailed and for the Warriors it is back to the drawing board to reflect and ultimately develop.

The final standings as well as the match outcomes for the entire season can be seen below.

We thank all our sponsors, coaches, managers, parents, supporters and of course our valued players for this indoor season. Vicky, thank you for yet another great season. Without you none of this would be possible.

To all the players, we hope to see all of you on the outdoor hockey field with renewed spirit and drive to learn, develop and ultimately succeed. To quote a Marvel comic “With great power comes great responsibility”. Your power is on and off the field of play. Let’s lead with pride and tackle the outdoor season with a renewed purpose.